Home Unlabelled How To Avoid SIDS? Parents And Infants Should Sleep In The Same Room!

How To Avoid SIDS? Parents And Infants Should Sleep In The Same Room!

Penulis Dr.Harry Diterbitkan October 11, 2019
Tags
According to the Academy of Pediatrics of America, in order to reduce the causes of Sudden Infant Death Syndrome, children should sleep with their parents in the same room for at least 6 months after their birth. Another important thing is that the baby should sleep in its own bed. It has been shown that in this way the syndrome is reduced by around 50%.

General facts about SIDS:
Even though the exact reason for the occurrence of SIDS is still unknown, the examples show that the children most commonly die due to suffocation while asleep. According to the statistics, there are around 3500 deaths of infants from SIDS every year in the United States. This type of syndrome usually occurs among six months old children. 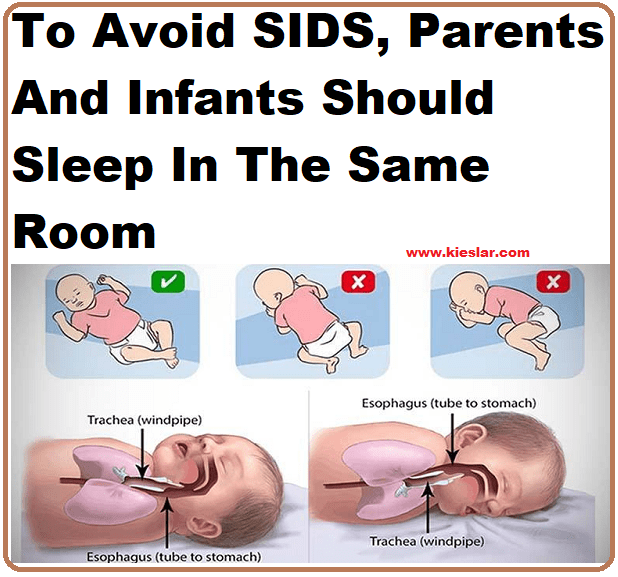 Moreover, this can also occur as a result of some apparatus in the sleeping area near children like furnishings, soft pillows, little parts, toys, and many other things. Due to asphyxia, they can block the breathing passages.
Nevertheless, there is yet another reason. For instance, a certain genetic defect that the child may be born with can obstruct the vulnerable nasal passages and cause difficulty breathing. The mothers can also fall asleep during breast-feeding due to tiredness which can lead to the death of the infant as well.

Will Sharing the Same Room Keep the SIDS Away?
In this article we will present you a few theoretical views which can be very effective:

The Parents Are More Alert
The parents are more alert when they are closer to their children. For instance, they can keep an eye on the baby whether it is crying or making some strange noises and they can immediately react in order to save their baby’s life.

Babies Are More Comfortable
When the babies are not left alone in the room, they feel safer and the sense of paren’t presence will make them comfortable.

Be Cautious When Sharing a Room
The adult bed is not made for the baby’s needs, which is why babies and parents should not share it. Another reason is the fact that duvets, pillows and blankets can do a great harm to the baby. As you can see, It is much safer to keep the children in their own bed.
The best sleeping place for the children is the crib because they don’t have too much space to roll off. Moreover, the babies should be placed on their backs on a firm surface in order to get the needed back support. Another important thing to mention is that they need a sheet as well which is tightly set so that it can’t unravel when they roll around. There should be no blankets, pillows or bed furnishings which can make them feel hot or even suffocate them.
Mothers should always feed their babies in the parent’s bed because if they fall asleep due to tiredness, there is someone else who can keep watch.