Penulis Dr.Harry Diterbitkan February 05, 2019
Tags
Fitness
Health
We found a few tricks that may help you to eat less food and fewer overall calories. Today, we’re going to share them with you, so, just start to follow these 4 rules on the table and we believe you’ll have a great successful result! 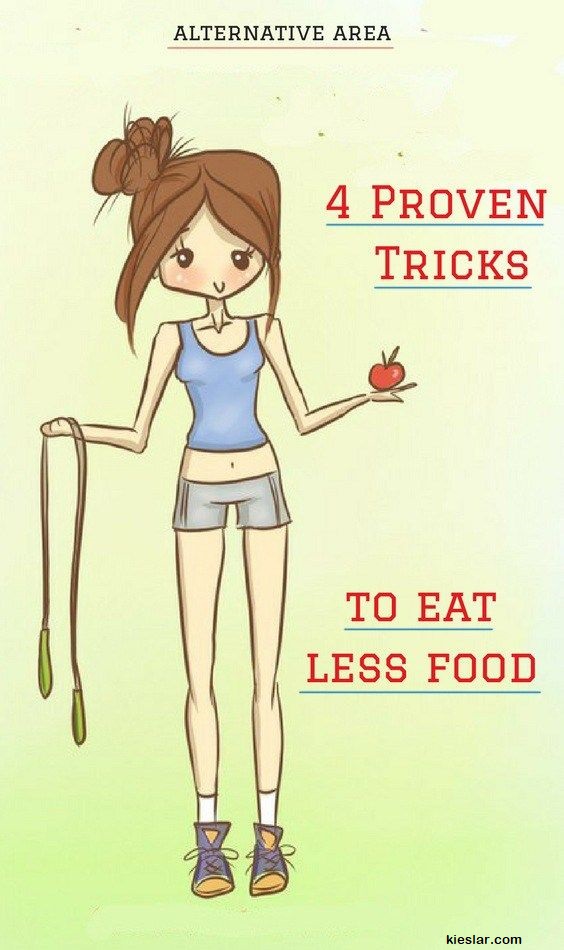 TRICK 1:  Did you now that eating slower can help you to eat less? Yes, it is true! That’s because it gives time for the fullness signal to reach your brain and thereby shut off your appetite before you’ve eaten too much.One study at the Pennington Biomedical Research Center had overweight participants eat a meal at 3 different speeds:a) their normal rateb) half their normal ratec) their normal rate at first, followed by half their normal rate (normal-slow combo)And here are results – Eating at the slower rate caused the men to eat less, but not the women, and that’s weird (i don’t know why). However, the 3rd group that combined the normal pace at first with the slower rate after that caused both the men and women to have a large reduction in their appetite and eat less. The normal-slow combo was found to be more effective than just the slow-only group.

TRICK 2: Did you know that the size of the plate or even a spoon can influence how much food calories you consume? In a matter of fact, several studies have proved exactly that! One study conducted where party guests were randomly given either 2- or 3-ounce spoons and 17- or 34-ounce bowls, and allowed to help themselves to ice cream. The results show that the guests are given the large spoons and large bowls had eaten 14% and 31% more ice cream respectively, than the people using the smaller spoons or smaller bowls. Interesting, huh?
TRICK 3People eat significantly more when they are distracted by TV, games, and movies!Results of one study have shown that people who were more absorbed by a TV ate significantly larger amounts of popcorn compared to those that were paying less attention to the TV.
TRICK 4Out of sight, out of mind! A series of experiments conducted in offices compared putting chocolates right on people’s desks vs placing the chocolates six feet away.In another experiment, the chocolates were put inside either transparent or opaque jars. When the chocolates were placed on the person’s desk instead of 6 feet away, people ate on average 6 more chocolates per day, per person. Also, the chocolates in the transparent jars were eaten 46% more quickly than the opaque jars. (Happy Pinnig)