Penulis Dr.Harry Diterbitkan October 19, 2018
Tags
Health
Hey all!!
Receding gums lines can cause embarrassment and discomfort. Gum line recession is when your gums begin to pull away from your teeth, creating a gap that can lead to a buildup of bacteria.A few common causes are heredity, gum disease, improper hygiene and smoking.Gum recession is not something you should ignore, and it will not go away on its own. If left untreated, receding gums can cause infection and eventually tooth decay. However, don’t feel like all is lost when you see signs of receding gums. You have options. 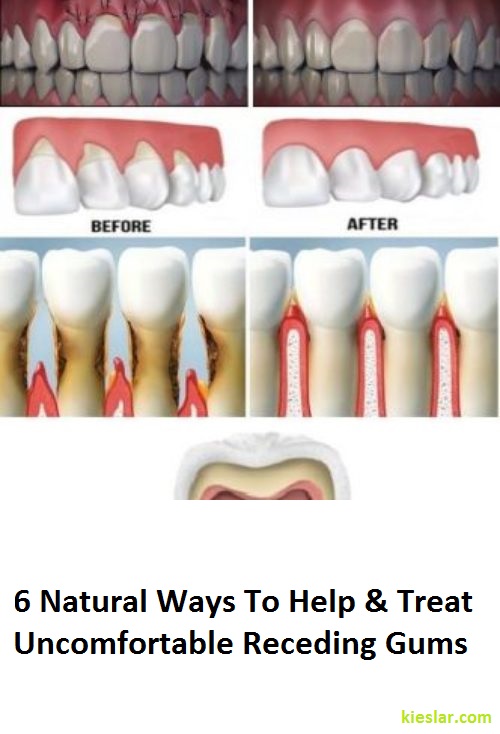 1. Oil pulling
Find Home Remedy suggests oil pulling to help prevent receding gums. Sesame oil is a great substitute mouthwash because it has properties that fight against tartar and plaque buildup. You can use this remedy to combat gum recession before it begins.Simply use a quarter of a cup of sesame oil to swish around your mouth. Warming the oil helps activate compounds that protect gums and teeth from toxins. Additionally, the warm layer of oil coats the skin and creates a temporary barrier from bacteria.

2. Green tea
Green tea can be used to soothe inflamed gums and destroy bacteria that can lead to serious infection. To use, drink a warm cup of green tea every day to keep gums healthy and strong.

3. Aloe vera
According to Rapid Home Remedies, aloe vera is known for its inflammatory and antibacterial abilities and can be used to protect the gums from infection or treat existing infection. All you’ve got to do is use the plant’s gel to brush your teeth (after your regular brushing) or as a mouthwash after each meal.

4. Eucalyptus oil
Eucalyptus is an essential oil that kills bacteria in the mouth and also works as an anti-inflammatory for swollen, infected gums. Its protective properties stimulate tissue growth, helping to soothe irritated gums, according to Rapid Home Remedies.Simply rub a small amount of oil directly on the gums. Allow it to set for a few moments before rinsing away with fresh water. Daily use will help promote healing to infected gums and protect your mouth from harmful toxins.

5. Myrrh
Myrrh is a type of resin that can be used to treat receding gums. According to Find Home Remedy, it works to strengthen the gums and make them less susceptible to bacteria and infection. You can use myrrh as a simple rinse a few times per day or as a paste that sets directly on the gums to treat a particular area in the mouth.

6. Yarrow
Yarrow has antiseptic and astringent qualities that work to cleanse and prevent damage to gums, according to Find Home Remedy. All you’ve got to do is rub the flowers or the leaves over your gums to help keep gums clean and prevent gum recession.
Happy Pinning :)