What Happens to Your Body when You Drink Coffee Every Day

Penulis Dr.Harry Diterbitkan April 26, 2018
Tags
Health
Coffee is drink that some of us cannot imagine not drinking it. We drink coffee to maintain our focus and energy levels. The topic of drinking coffee is controversial and we are often unsure if it is healthy or not and what are its effects on our well-being.Organic black coffee can be beneficial for us, according to science. When you still have doubts, make sure you check out the list below comprised of some of the best advantages of regular coffee consumption. You will be amazed! 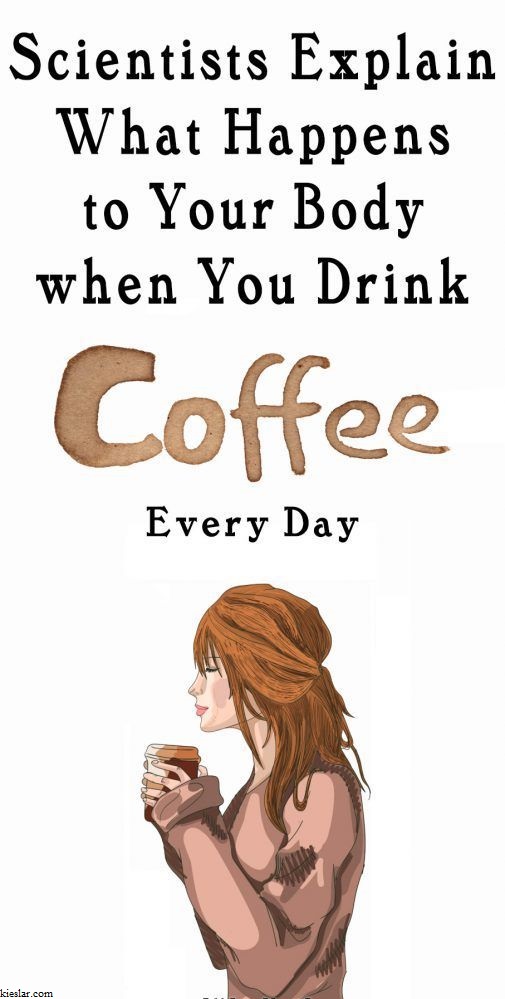 The Benefits of Drinking Coffee

After waking up people need a cup of coffee in order to increase their energy levels and although this is not a long-term solution, it does aid in starting the day better.This drank after a workout is known to better the metabolism and according to one study showed endurance athletes who consumed a cup of coffee after a workout had a 66 percent higher level of glycogen. That enabled them to restore their lost energy quicker.

Good for the brain

As studies indicate, 3 to 5 cups of coffee on a daily basis, are capable of lowering the chance of dementia and Alzheimer’s by 65 percent in middle aged men and women. It can reduce the occurrence of Parkinson’s by 32 and 60 percent. Coffee can impede adenosis, a nucleoside in the brain that decreases the firing of neurons and the emission of neurotransmitters like serotonin, norepinephrine, and dopamine.

According to Harvard study , adult men and women who drank 2 to 4 cups of coffee per day had a 50 percent reduction in the risk of suicide in comparison to those who did not drink coffee or drank decaf. The antioxidants found in coffee, work combined to elevate your mood and happiness levels.
Minimizes the risk of skin cancer

According to one study in the journal of the National Cancer Institute adults who drank 4 cups of coffee or more per day had a 20 percent lower chance of melanoma. That is probably a result of the antioxidants and phytochemicals in coffee.

Lowers the chance of liver cancer

A cup of coffee on a daily basis can reduce the chance of hepatocellular carcinoma by 20 percent. About 4 cups can elevate this percentage to 50! It was also found that coffee decrease the chance of liver cancer and cirrhosis. Never exaggerate with its consumption. About 3 to 4 cups per day is sufficient!

Minimizes the risk of type 2 diabetes

According to study done by the Harvard School of Public Health points , those who drank more than a cup of coffee and elevated the amount over 4 years experienced a lower chance of type 2 diabetes by 11 percent, which did not happen in those who consumed the same amount of coffee during this period